Skip to content
A lockdown has been declared in the country to combat the Corona crisis and has now been extended again for two weeks till May 17. But the lockdown that has been implemented this time has also given many concessions in which the sale of liquor has been allowed.
Lockdown 3.0 allows the sale of liquor in each zone as well as the sale of pan masala gutkha and tobacco products but the sale of liquor in the containment zone will be prohibited. Also, liquor will be sold only at single window shops.
But liquor cannot be sold in malls and marketing complexes. Alcohol, gutkha, pan masala and tobacco cannot be consumed in public places. Consumption will be prohibited in public places.
At the same time shops selling liquor, pan masala, gutkha, tobacco have to ensure that a distance of six feet is maintained between two persons and at the same time ensure that no more than five people gather at the shop at a time.
The ban on the sale of pan masala was lifted
Lockdown 3.0 has been implemented across the country till May 17. The ban on sale of pan-masala has been lifted during this lockdown. However, it has been granted exemption subject to conditions. However, care should be taken that no more than 5 people gather in the shop.
Social distance must also be observed at the pan-masala shop. In addition, it will be mandatory to wear a mask when going out on the road. The government will have to strictly follow the instructions issued by the government regarding the pan-masala shop. Pan-masala cannot be consumed in public places. 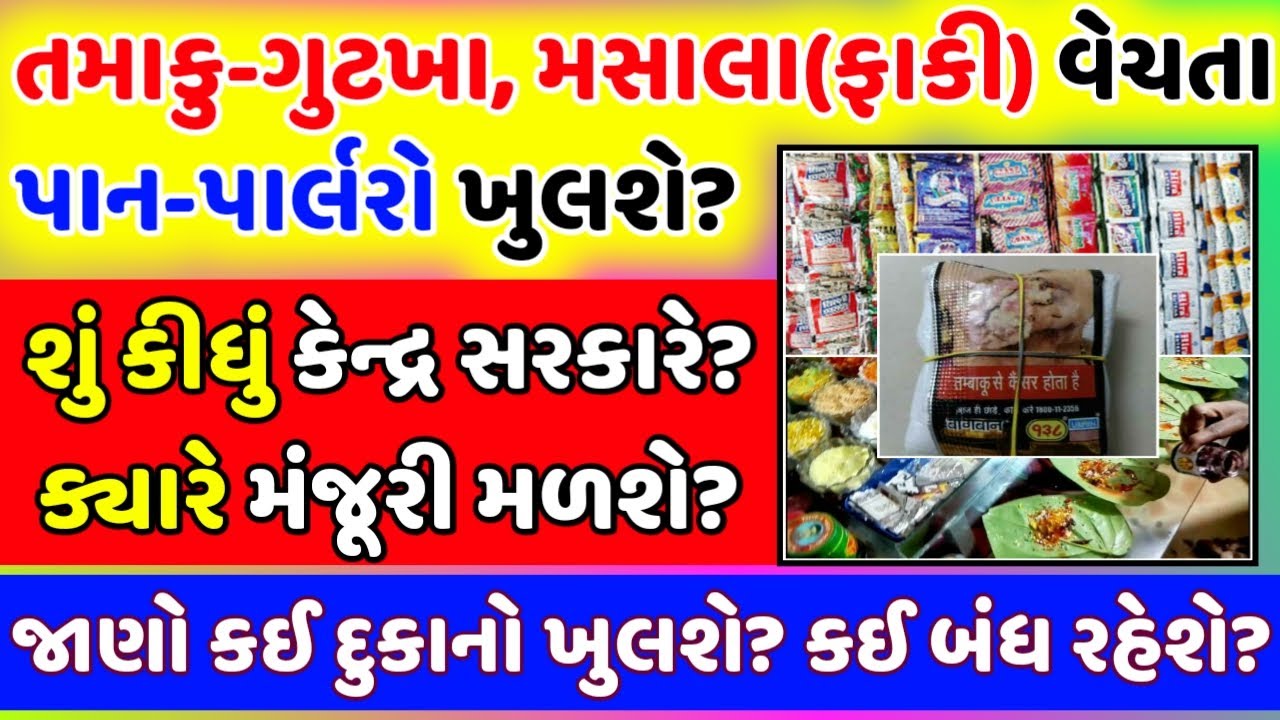